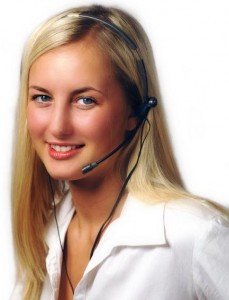 Are you interested in filing bankruptcy in Arizona? This article should provide some helpful information, including how a bankruptcy will affect your credit and your ability to purchase a home or refinance the home you already have.

Disclaimer: We are not attorneys; we are mortgage brokers. The following article should not be considered legal advice under any circumstances. Before making any decisions about filing, consult a licensed Arizona bankruptcy attorney for legal advice. All of the information contained on this page should be very useful to anybody who wants the bottom line when it comes to bankruptcy and mortgage loans.

If you are like most Americans considering bankruptcy, you are probably going through a great deal of stress right now. Perhaps you feel that filing bankruptcy makes you a bad person or “dishonest” in some way. Many of our clients have told us they feel guilty about filing bankruptcy, as if it makes them un-American or so-called “deadbeats.”

To be honest, there are definitely some people who take advantage of our system and file bankruptcy dishonestly, but the majority of filers are just typical, hard-working Americans who have fallen on difficult times.

These are all myths.

The truth about bankruptcy is that, in many situations, it will help your credit. Especially if your score is very low right now, (less then 500 for example), and you have a mountain of debt. Your credit score will go up after you file bankruptcy, often very quickly, as long as you do your part. Read more about doing your part in the next section of this web page.

Bankruptcy Myth #2: People who file bankruptcy are irresponsible and careless with their personal finances.

This is just silly.

Currently, the state of the U.S. economy is causing many people to file bankruptcy; many people who never imagined they would have to do something like that. Many honest Americans have been backed into a corner and have no other choice but to do so.

In the year 2010, over 1.5 million people filed bankruptcy in the United States. Of course, we do not want any of our clients to ever have to file bankruptcy– it makes it more difficult for us to help you in the short term– but when we feel strongly that bankruptcy is our client’s best option, we will be honest with our client.

Bankruptcy Myth #3: You can hide your assets from the court before you file bankruptcy.

If someone tells you that you can just put all of your money into a friend or relative’s bank account before you file, they are giving you very bad advice. If anyone tries to convince you that committing perjury to the bankruptcy court is a good idea, please dismiss this foolishness.

When you file bankruptcy, you need to document your financial situation very accurately to the Arizona bankruptcy court, and if anything looks fishy, you will find yourself in a great deal of trouble. In addition, your bankruptcy will be tossed-out by the court. It’s a very bad idea.

Getting a Mortgage After Filing Bankruptcy

Important: The discharge date is not the same thing as your bankruptcy filing date. The discharge date typically occurs about three months or 90 days after you file, as long as you provide the court with all of the documentation that they require from the beginning.

For a Conventional, conforming Fannie Mae mortgage, you need to wait four years after your bankruptcy discharge date.

A Conventional, conforming mortgage is just your basic mortgage, the loan that most Americans have been getting from their local bank for years.

This is because FHA loans have lower maximum borrowing limits, and when home prices had risen so dramatically, FHA loans were not adequate to finance most homes– especially in Phoenix.

How to buy a home after filing bankruptcy...

Who will give you a credit card or a loan after you’ve already proven you’re a bad risk? The trick is to keep one or two debts out of your bankruptcy and use those to show that you can keep long term debt and pay it back in good faith.

2. And the debts you choose to keep? Be sure to pay them on time, every time. If you think that may be a problem, ignore #1, and just go ahead an put everything into your bankruptcy.

If you have a car payment, like most people, this is an even better way to build credit. A credit card could, in theory, cancel your account at any time, but a car is always your car as long as you pay on the note.

After about two years of good payment history, even with the bankruptcy, you can improve your credit score, get an FHA mortgage, and basically get your credit life back on track.

We have seen people just a few years out of bankruptcy with excellent credit scores! (Those who follow good post-bankruptcy advice, of course.)

3. Now two years have passed and you have kept some credit, had some new credit issued, and finally, have waited long enough to get a well-deserved FHA loan. Congratulations!

We hope this article was of some use to you.